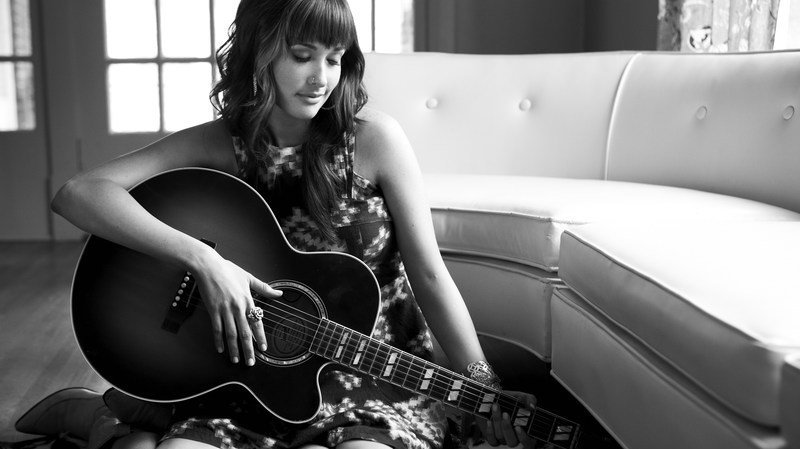 “We take female musicians just seriously enough not to notice that we don’t actually take them seriously enough. They matter in the present,” Wesley Morris wrote in “Should Women Make Their Own Pop Music Canon?” in the New York Times, “but posterity is another matter. Posterity is keeping them down in the basement…”

While reading the article, this quote sparked an idea in my brain that currently, most of the “popping” musicians are men. I am a heavy Hip-Hop/Rap listener, and the industry is very male dominated.

I was inspired by Wesley Morris, the author of the New York Times article above, to challenge myself to only listen to female musicians for three days. I recently came across the article “Male Brains Aren’t Designed To Listen to Female Voices”, and apparently, when a woman is speaking, men use the “more complex auditory part of the brain that processes music.” After reading the article, I was interested in how this challenge can affect me mentally, and how I would view female artists by the end of the three days.

The three-day timer ended yesterday, which was Saturday, the 20th of October, 2018, and it was an interesting experience. There were times that I enjoyed it, and there were times when I hated it. There were times I got weird looks from people around me. I recognized a change in my lifestyle while doing this. Because I start my day by listening to music, I felt so much more relaxed than I do with my usual choices of music. It was easy for me to focus when I’m working.

An album that stood out to me, and had me repeatedly listen to it was SZA’s “CTRL” album. The combination of the love stories she was singing about, and her magnificent golden voice created a vibe that was wavy. It made me feel like I was floating on a peaceful lake. There are tracks like “Drew Barrymore” where she showed low self-esteem, and talked about her insecurity, alongside her relationship. Tracks like “Supermodel” where she talked about taking revenge on her boyfriend because he left her on Valentine’s day to Vegas. These are all heartbreaking stories that were told beautifully.

Female artists have really powerful messages to spread, but they aren’t getting recognized, and being heard. Currently, only 19 out of the 100 songs on the Billboard Top 100 list are songs by women, which is sad, because I honestly think that they are underrated, and their voices, and stories should be heard. After paying a lot of attention to lyrics of female musicians, I realized that most of the songs they write are way more artistic, and more meaningful than most of what male artists would sing/rap about. I also started listening to female rappers like Angel Haze, and to be honest, we should pay more attention to what she says on tracks like “Werkin’ Girls” than the typical topics that guys rap about. It is important to give women a platform where they can express their creativity, and say what they have to say, and be heard by the world.

Minimizing gender inequality is an enormous goal, but one step at a time, it will be accomplished and we can contribute to that change in numbers of ways. Music is personally a huge part of my life and I spotted this issue in it, so I wanted to write this article to raise awareness, as well as encouraging change With Cardi B being the first solo female rapper to top the Billboard Top 100 chart in 19 years with her breakout single “Bodak Yellow”, influences are being made, but we still got a long way to go, people. I know it’s hard, but we have to be less gender-biased with artists we listen to, and not stick to the same artists, every day. Instead, be open to explore new artists, and new styled music, which to me is exciting.

“There’s not only a glass ceiling, but glass walls for women making their way in the [music] industry.” – Dr. Rae Cooper.