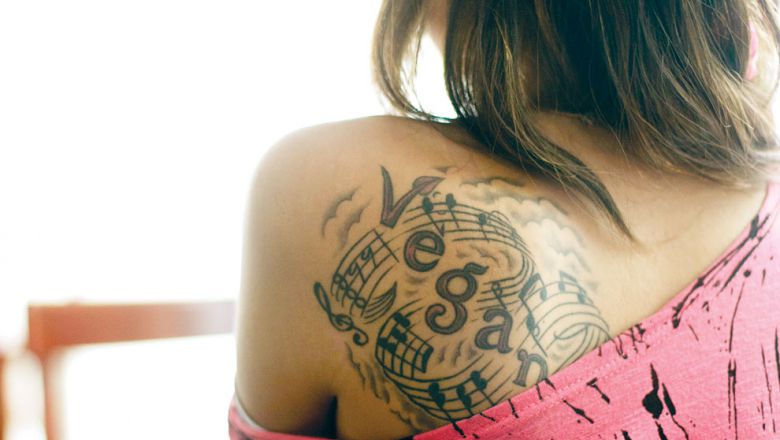 “Why?” “Why?” “Why?” A question that always formulates in Cambodian minds when they see a tattooed Cambodian woman. Some people view it as art, while others strongly condemn this practice against her.

In our culture, tattooed Cambodian women are “not common as wearing jewelry.” There are so many perspectives and assumptions of her before they​ even interact with each other.

The majority of Cambodians have developed countless taboos when she embroiders her skin with permanent ink. They label her as a “bad girl,” who may be involved in the sex industry or using drugs. Additionally, this stigma revolves around the idea that she is uneducated and does not obey her parents. They refer to her as:

“She does not respect our Khmer culture,” said Sokha Nen, a Khmer Learning Facilitator at the Liger Leadership Academy, thinking about when he first sees any tattooed Khmer woman. He went on explaining that we have a code of conduct called “Chbab Srey,” which are the Rules for Women that encompass attitudes and behaviors that she should follow. It is expected that she should be polite and gentle. That is why most of our elders believe that it is necessary for girls to be beautiful rather than displaying her strength and aggressiveness like boys.

“Why does she do like that? It is supposed to be only for men,” described Sythong Run, a Liger Leadership Academy student, explaining the mindset of our people. This is where we urge her to embrace her beauty rather than her strength, since tattoos can be seen as a depiction of toughness.

Sokha also explained how tattoos were used in our history. During the war period, many soldiers and police got tattooed with animals and magic tattoos as protection. They believed that it has the magic to shield themselves from gun bullets and enemies. Additionally, they felt more powerful because their tattoos gave them more strength. Even now, there are still so many tattooed soldiers and boxers. “It made a huge difference. It increased the number of victories and reduced the number of defeats,” claimed Mr Eh, a Cambodian National Heavyweight Champion that got interviewed by the Independent.

The society that we live in is less likely to denigrate tattooed men because they can show off their masculinity while she has to conceal her robustness and rather present herself with tranquility and tenderness. Tattooed men are less likely to be judged than her and get less thorny stares from other people than her. Sokha mentioned that it is the man’s nature to get tattooed. The society opens more path for them and are more open-minded if they do anything wrong. Whereas she, “anything that she does is always wrong.”

“She looks terrible and she only wants to show off her beauty and sexiness,” said a 43-year-old Tet Channary when she first sees her.

“What the heck? Why does she get tattooed, when the society hates her?” said a 14-year-old Samnang Nuon when he first sees her.

“[She is] aggressive, weird, and not cute” this is how a 15-year-old girl, Phosreyneang Loeurng that has never seen a tattooed Cambodian woman describe her.

“Girls who go out at night,” said Sokha when he first sees her.

“They are slut [that will cheat on their husband and then leave him],” this is how Rathana Oek’s, 23 years old, mom and relatives describe her.

“[She is] brave,” said Sythong Run when she first sees her.

Tattoos don’t mean she wants to be sexy.

Tattoos don’t mean she wants to mimic a man.

Tattoos don’t mean she wants to show off.

Tattoos don’t mean she wants to be a slut.

Unfortunately, she lives in a society that constrains her from making her own decision. Rathana Oek explained that her tattooed niece needs to “put her hair down to hide her tattoos on the neck when she goes home.” She also mentioned that a tattooed woman can feel ashamed when she walks in front of the elders because she knows she has upsets them. Besides, in our culture, the groom’s parents are required to ask the hand of the bride from her parents. However, the groom parents will forbid their son from marrying her and vow to not even talk to her parents because all she has done, is getting tattooed.