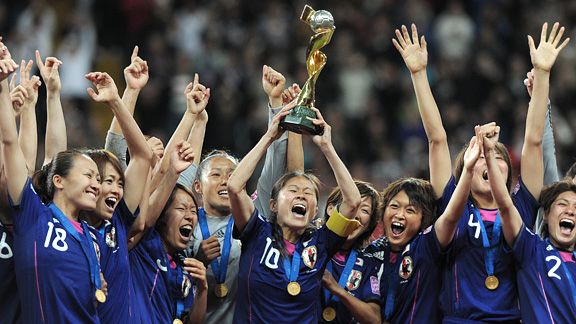 “Boys, what is your opinion on girls receiving keep getting these sports opportunities and you don’t,” asked Dominic Sharp the country director of the Liger Leadership Academy when he visited the gender equity exploration. No one answered.

In many cultures, girls are defined as weak because they are often physically weaker than men; therefore, physical activities such as sports have been seen as masculine and only for males. For example, according to the Football Association (FA), in 1921, the association bans women from playing on Football League grounds by the statement of  “…the game of football is quite unsuitable for females and ought not to be encouraged.” Despite the fact that women have a long history in this sport, they are still seen as unsuitable for the game.

After half of a century, the FA finally lifted the ban, yet there is still a lack of support for women in this field. Even though women are no longer banned, Regardless of the unban, for many countries like Cambodia, women are expected to be soft and gentle and sports are still sometimes taboo. Therefore sports are not under the category of what they are supposed to do. In fact, once a Cambodian girl hits puberty, they are sometimes forced to stay home and learn to do all the house chores and prepare to be a wife, which is known as “into the shade”. So there is no sport for women from family level up to nation degree. For instance, the most followed event in football, FIFA World Cup, wasn’t created for women until 1991 which is 61 years after the men tournament.

This outdated cultural belief not only limits women in sports but also education. In Cambodia, girls were not allowed to attend school until after French colonization. Boys were educated in pagodas and since girls cannot interact with monks, they were forbidden.

Even in contemporary Cambodia, some girls are still battling for higher education from their parent’s limitation. Once the girls reach high school, they have a high dropout chance due to many economic reasons, plus their parents perspective. So one of the most important reason is the parent’s mindset on how girls don’t need high education since they are going to be man’s wife one day. Thus, they force their daughter to quit school, help the family economically, and wait for the legal age to marry. Without education, women can’t really get into any high development field such as technology. Therefore, it has created the stereotype where this is not the field for women and women shouldn’t be in this field.

In education, there are many programs which giving girls full scholarship to many good universities. Moreover, there’s even world-class competition for girls in technology such as Technovation where they offer girls from all over the world the opportunity to learn the skills they need to emerge as tech entrepreneurs and leaders in a competition form.

From these girl’s opportunities, boys are actually feeling upset about it, and sometimes even complain that it’s not fair. However, if we look back into our history, we can see that girls have never had any opportunity that boys have up until the last century, in fact, they still not completely have those opportunities today.

So is this the fault of our ancestor? Maybe it is their fault for not fighting for the women right back in the day, but not at all. It’s actually the belief and mindsets which had developed since the birth of human raise which had waylaid them from denouncing for women right. Therefore, we should not blame our ancestor but instead, we should continue fighting for the gender equality in any field in around the world.